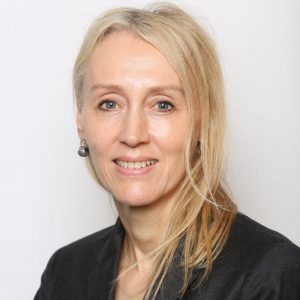 Dr Jennifer Dixon joined the Health Foundation, and independent endowed foundation, as Chief Executive in October 2013. The Health Foundation does research and policy analysis (often the Foundation is called an independent ‘think tank’) and also gives out grants to fund research and projects to improve health and health care in the UK. The Health Foundation’s analysis is often in the news, in particular about the National Health Service.
Jennifer served as Chief Executive of a smaller independent charity the Nuffield Trust from 2008 to 2013. Prior to this, she was Director of Policy Analysis at The King’s Fund and was the policy advisor to the Chief Executive of the National Health Service between 1998 and 2000. Jennifer has undertaken research and written widely on health care reform both in the UK and internationally.

Jennifer originally qualified as a doctor, practising in childrens medicine, prior to a career in policy analysis. She has a Master’s in public health and a PhD in health services research from the London School of Hygiene and Tropical Medicine. In 1990-91, Jennifer was a Harkness Fellow in New York. Jennifer has served as a Board member on several national regulatory bodies: the Health Care Commission 2004-2009 and its successor the Care Quality Commission 2013 -2016, where she still serves as an expert advisor; and the Audit Commission 2003-2012. She led two national inquiries for government: on the setting up of published ratings of quality of NHS and social care providers in England (2013); on the setting up of ratings for general practices (2015); and advised the Welsh Assembly Government on the future of the NHS and social care (2017-2018).

In 2000, Jennifer was elected a fellow of the faculty of Public Health, and in 2009 the Royal College of Physicians. She was awarded a CBE for services to public health in 2013, and an honorary Doctor of Science from Bristol University in 2016. She has held visiting professorships at the London School of Hygiene & Tropical Medicine, the London School of Economics, and Imperial College Business School.