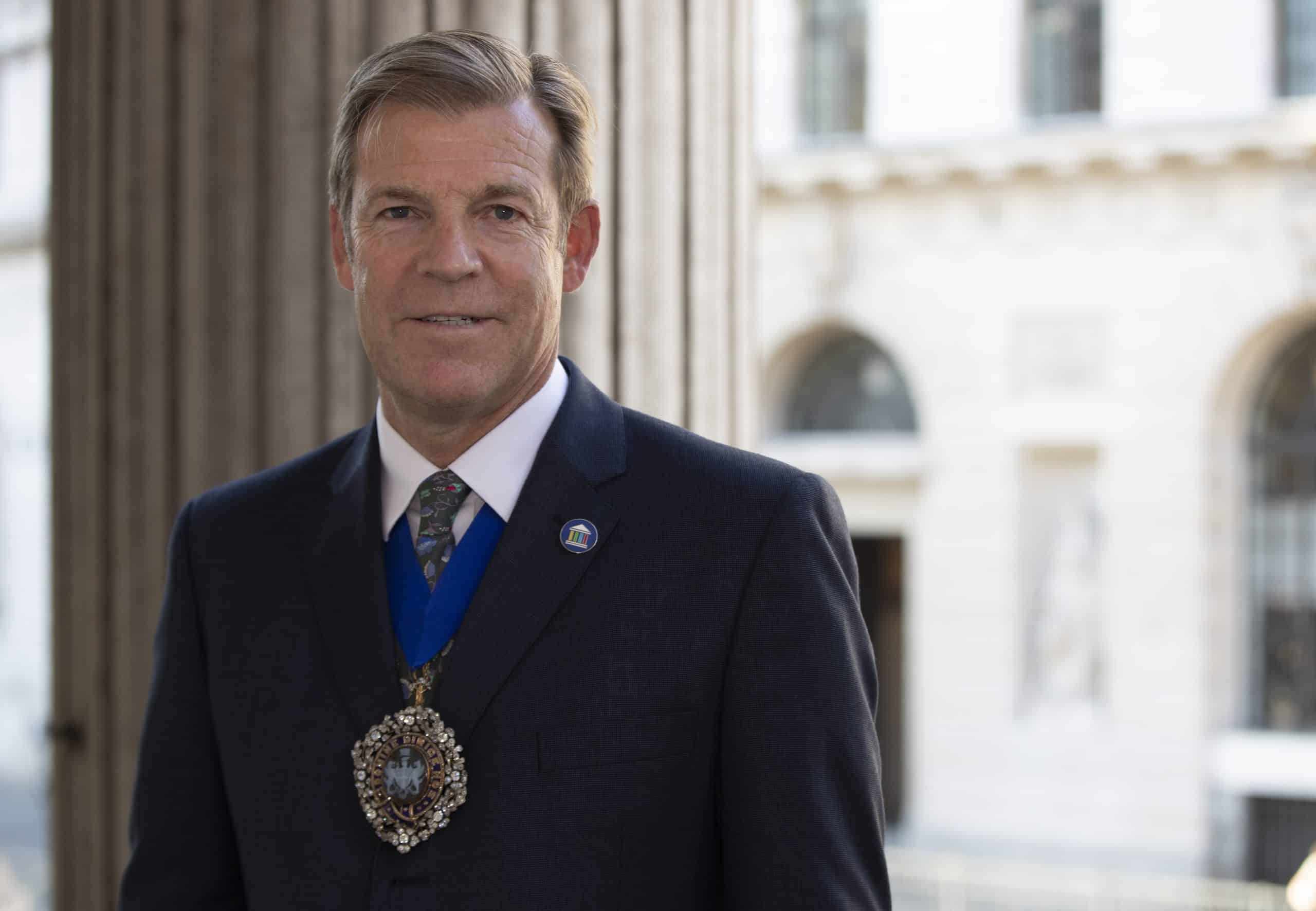 His mayoral theme for the year is Global UK: Trade, Innovation and Culture, aiming to grow global trade, champion innovation and promote a rich and vibrant cultural and creative economy.

William has over thirty years’ experience in the financial and business City including holding senior positions in the national and international Banking sector. In 1987 he went to work for First Boston Corporation before joining Merrill Lynch in 1992 as an Investment Banker in Institutional Equity Sales, working in Asia, New York and London. William is currently Chair of CDAM, a London based Asset Management business and Senior Advisor to STJ Advisors.

William served on the Board of Innovate Finance, the industry body for the UK based Fintech community and is also an educational entrepreneur, as the co-Founder and Chair of Knightsbridge School and a Director of Knightsbridge School International (KSI). William is a member of the Campaign Board for Durham Inspired, a landmark philanthropic campaign focused on ensuring Durham remains at the forefront of learning, research and education for generations to come.

Alderman Russell has a number of charitable interests; he has served as Chair of the Development Board of the Royal Court Theatre, he is a Board Member of the Guildhall School of Music and Drama and is on the Council of the Royal Theatrical Support Trust. He is immediate past Chair of Prostate Cancer UK and is currently Deputy Chair of Place2Be, a children’s mental health charity. As of July 2019 he is a member of the Barbican Centre Board.

William was elected Alderman for the Ward of Bread Street in March 2013 and has since served on a number of the City of London Corporation Committees including the Policy and Resources Committee and the Education Board. William is also a Governor of the City of London School for Girls and is a past Governor of the Haberdashers’ Aske’s School for Girls, Adams Grammar School and Abraham Darby Academy.

William is a Court Assistant to both the Haberdashers’ and the Feltmakers’ Livery Companies, as well as an Honorary Liveryman of the Paviors’ Company.

Alderman Russell was born in London in 1965 and was educated at Eton College and Durham University. He is married to Hilary who also went to Durham University. They have four children: Edward (27), Nicholas (24), Alistair (22) and Helena (17). His interests include cricket, tennis, rugby and the theatre.