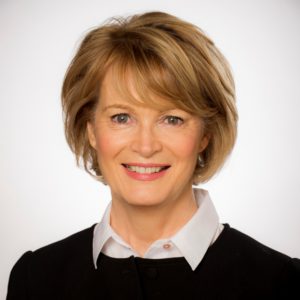 Amanda Le Roux joined Aveda in 2000 as the General Manager for Aveda UK and Europe to develop the business with a focus on the UK. In 2005, she was promoted to VP Europe to focus on opening up new markets, launching in Spain, Turkey, France and Scandinavia. In 2013 she was promoted to VP International with a remit to double the International business for Aveda in the next 4 years.

Before joining Aveda, Amanda spent nine years with Levi Strauss in Europe. Most recently, she served as Director of New Business Development, Licensing and Strategic Retail Alliances based in Levi’s head office in Brussels. She started at Levi’s as U.K. Retail and Franchise Manager, developing the Original Levi’s Stores and opening 14 new stores, including the flagship store in Regent Street, London. She was then promoted to U.K. Marketing Director for Levi’s. Prior to joining Levi Strauss, Amanda worked in venture capital, where she was involved in raising capital and making investments in start up retail companies.