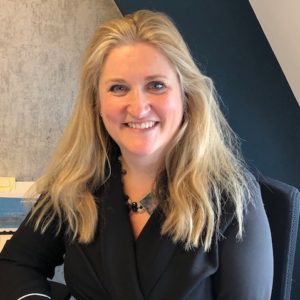 My first job was at magazine publisher Conde Nast in Media Research aged 18 but disillusioned by the role at the time I decided to do a history degree which I then followed by a stint in Salamanca, Spain to learn Spanish. Back in the UK at the height of a recession in the early 90’s I joined documentary producer Hawkshead in 1993 aged 23 as a PA. It was not a conscious industry choice but I was lucky and had found a creative home in a small innovative business that has enabled me to grow with the business and seize or create every potential opportunity. HR was not a conscious business decision but it fell within the remit of PA in a small business in those days and when we won Big Brother I quickly realised we needed to focus on finding the best talent fast and keeping them. From there one thing led to another and through acquisitions, take over’s and mergers we now have on average 1,500 employees in the UK making thousands of hours of programming with 20 different companies in the UK including, Broadchurch producer Kudos, Mr Bean producer Tiger Aspect, Pointless producer Remarkable, Masterchef producer Shine TV and Big Brother producer Initial. We are very proud that we are also working in the utopia with no gender pay gap! In 2020 Banijay acquired Endemol Shine and now in the UK we have a portfolio of 25 companies in the UK including RDF, IWC and Yellowbird.