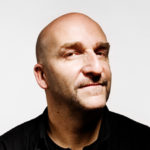 Carl W. Jones is a bilingual, multicultural communications professional who is also a grad student. His content creation for clients has generated millions of dollars in earned media.
He is recognized globally as an authority on advertising, being invited to 12 countries to give seminars

In total he has won over 500 awards and recognitions for his creative work including Cannes Lions.

The mass media such as BBC; The Telegraph; BBC Mundo: Televisa, interview Jones on publicity and its effects on society #FakeNews #SocialMedia. His newspaper articles on Racism & Classism in Mexican Advertising have had over 7,000 shares on Facebook alone.

Selected one of the Top 20 Canadian Creative Directors (CD) 2012 by Strategy Magazine, and most awarded Art Director in Mexico 2000-2010.
Nominated for “Excellence in Teaching” 2015 at OCAD University, and 2017.18 at University of Westminster in London.

Carl has been a judge at the world’s major advertising award shows: Clios, London, NYF, EFFIES and Cannes.

In total Carl has won over 500 awards and recognitions, and has recently completed a Masters in Communication and Culture at Ryerson University in Toronto, and is completing a PhD at the Royal College of Art in London UK on Decolonizing Advertising.

Artwork is one of Carl’s loves and his pieces have been exhibited in galleries and museums in Mexico City, Toronto, Dubai, & London. Jones’s artwork is part of the ‘Fundacion Televisa Art Collection’ one of the largest in Latin America.