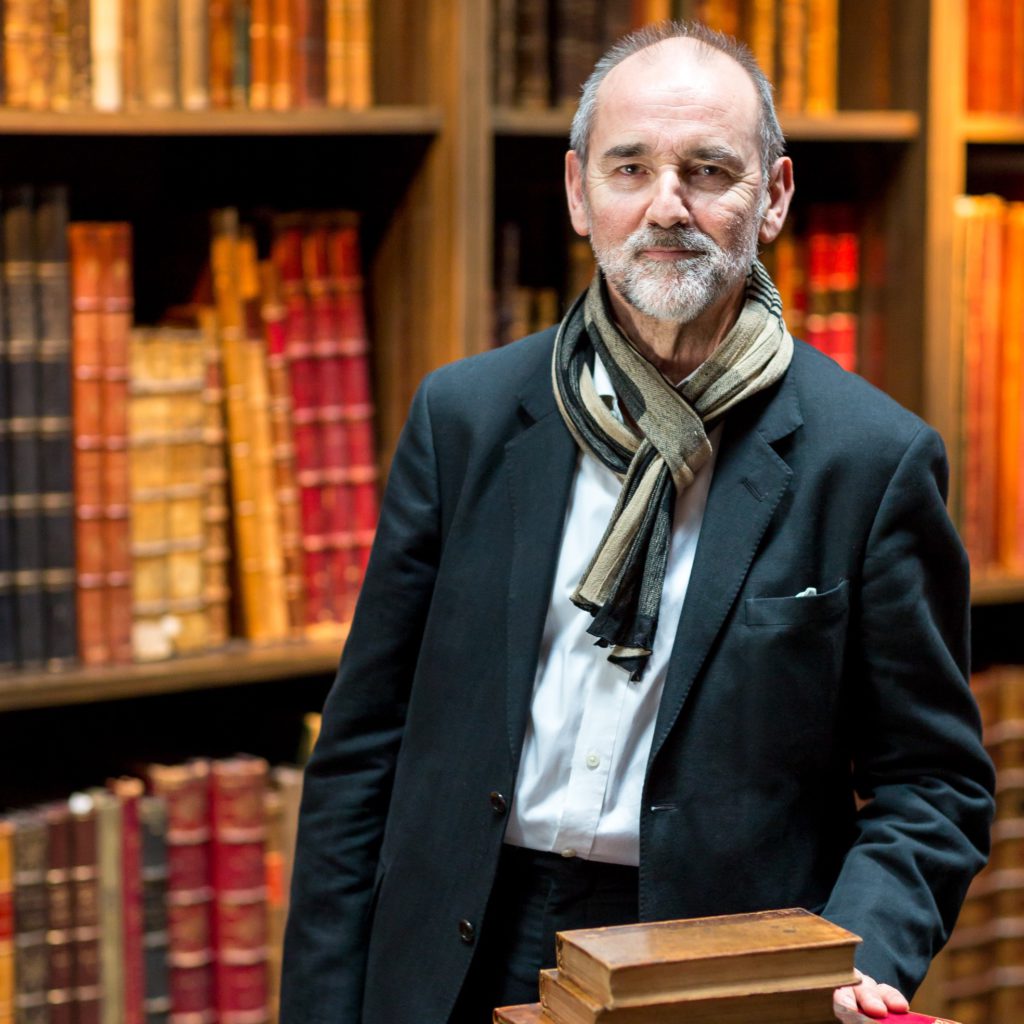 Christopher Le Brun is the 26th President of the Royal Academy of Arts. He was elected Royal Academician in the Category of Engravers, Printmakers and Draughtsmen in 1996 and in 2000 he became the Academy’s first Professor of Drawing.

Born in Portsmouth in 1951 and educated at the Slade and Chelsea Schools of Art in London, he is a painter, sculptor and printmaker. He was a prizewinner in the John Moore’s in 1978 and 1980, following which he was included in the emerging artists section of the 1982 Venice Biennale. His work is in many museum collections including, MoMA, the Metropolitan Museum of Art, Tate, Art Gallery of New South Wales and Yale. Between 1990 and 2005 he served as a trustee of the Tate, the National Gallery and Dulwich Picture Gallery, a period which saw his involvement in the radical developments of Tate at Bankside, Liverpool and St. Ives as well as the masterplan and re-development of the east wing of the National Gallery. He was one of the founding trustees of the Royal Drawing School, which he helped to establish in London in 2000.