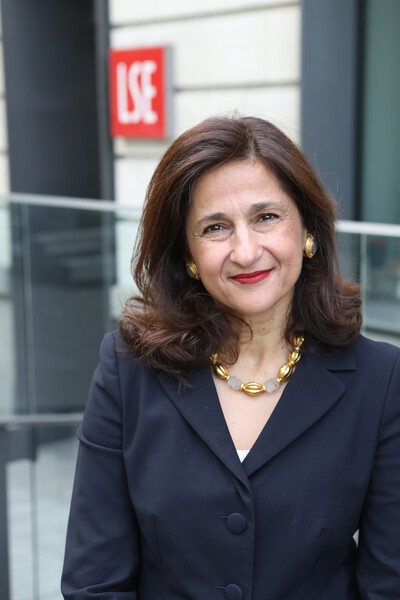 Director of the London School of Economics

Nemat (Minouche) Shafik is a leading economist whose career has straddled public policy and academia. She was appointed Director of the London School of Economics and Political Science in September 2017.

She did her BA at the University of Massachusetts-Amherst, her MSc at LSE and her DPhil at the University of Oxford and, by the age of 36, had become the youngest ever Vice President of the World Bank. She taught at Georgetown University and the Wharton Business School and has published widely. She served as the Permanent Secretary of the Department for International Development from 2008 to 2011, Deputy Managing Director of the International Monetary Fund from 2011-2014 and as Deputy Governor of the Bank of England from 2014-2017, where she sat on all the monetary, financial and prudential policy committees and was responsible for a balance sheet of over £500 billion.

Her book What We Owe Each Other: A New Social Contract is out now.