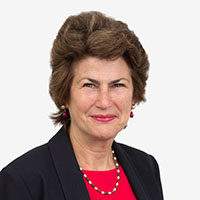 Before joining UCL in May 2014, Nicola was a senior diplomat at the Foreign and Commonwealth Office. She was British High Commissioner to South Africa, Lesotho and Swaziland from May 2009 to September 2013.
As Vice-Provost (International), Nicola is responsible for UCL’s Global Engagement Strategy: London’s Global University working with partners to achieve fair solutions to global challenges.
Nicola is also Gender Equality Champion on UCL’s Senior Management Team.

Nicola has lived and worked in South Africa, India, France and Mexico. She joined the board of the Department for International Development in 2002 as Director General Regional Programmes, and moved back to the FCO as Director General Europe in 2004. Nicola became the first Chief Executive of the Equality and Human Rights Commission in March 2007, a role she held until May 2009.

Nicola read English at the University of Leeds, graduating with a BA in 1980. She then read Linguistics at Leeds, taking a Doctorate in 1988. She was appointed Dame Commander of the Order of St Michael and St George (DCMG) in the 2011 Birthday Honours List.
She is a Trustee of Sentebale, a charity founded by Prince Harry and Prince Seeiso of Lesotho. Sentebale helps vulnerable children, the forgotten victims of poverty and Lesotho’s HIV/AIDS epidemic.
She was appointed as a Non-Executive Director of Aggreko plc in March 2016.