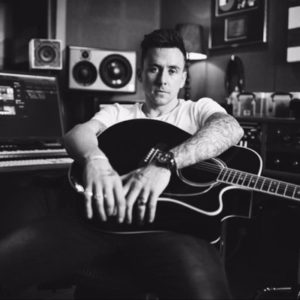 Danny Jones is best known for being one-quarter of the multiplatinum British pop rock group McFly, but the Bolton-born artist has also established himself as one of today’s premiere songwriters and producers. Jones’ genre-bending style incorporates elements of dance and hip-hop into the more traditional guitar-heavy pop rock sound that made him famous, and he has collaborated over the years with a wide range of artists that includes Busted, Taio Cruz, and One Direction, whose members credit McFly as a major influence in their development as artists. Beginning in Summer 2017, Jones will serve as a coach on the inaugural season of The Voice Kids UK , drawing on his versatile talents and years of experience in the music industry to help mentor a new generation of up-and-coming young artists.