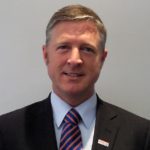 Joined the Motor Industry from school and worked in the Grimsby area starting as a trainee in the Parts Department at a main dealer before promotion to Parts Manager after two years a position I held for further four years before moving to a main Vauxhall dealer as a trainee Sales Executive and again I was promoted to Sales Manager after three years. Moved from Vauxhall to Ford and accepted the roll of General Sales Manager. After six years I moved out of the Grimsby area to hold a Regional Sales Managers role, again with Ford, covering Hull and the surrounding area. I September 2005 I accepted a role working for Ford Retail, the worlds largest dedicated Ford Dealership, wholly owned by Ford Motor Company. I have now been with the company for eleven years starting in a regional role and working may way through to Sales Director.