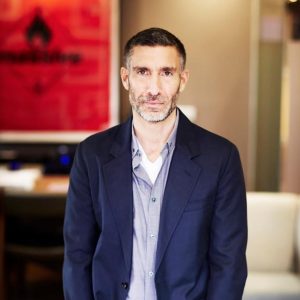 David Joseph joined Universal Music in 1998 as general manager of the company’s Polydor label before moving up in 2002 to become managing director and later co-President of Polydor.

In March 2008, he was promoted to Chairman and CEO of Universal Music UK. Universal Music UK includes the labels Capitol, Decca, Island and Virgin EMI as well as Polydor, alongside the world’s most famous recording studios, Abbey Road. Universal Music UK is home to successful artists from across the musical spectrum including The Rolling Stones, U2, Take That, Florence + The Machine, Mumford & Sons, Sam Smith, Hozier, Years & Years, Bastille, Ellie Goulding and Nicola Benedetti. It also releases the music of global superstars such as Justin Bieber, Taylor Swift and Rihanna as well as repertoire from Decca, the number one classical label in the world.

Prior to joining Universal Music in 1998, Joseph was at RCA where he was head of artist development working with artists including Take That, Kylie Minogue and Annie Lennox. In 2005 Joseph became a member of the BPI Council and for three years was Chairman of the BRITs Committee, which oversees the BRIT Awards. He worked with Doreen Lawrence on Unity, the O2 concert in September 2013 marking the 20th anniversary of Stephen Lawrence’s murder and is executive producer of Amy, the Bafta and Oscar-winning documentary about the late singer Amy Winehouse directed by Asif Kapadia.

He was appointed Commander of the Order of the British Empire (CBE) in the 2016 New Year Honours for services to the music industry.