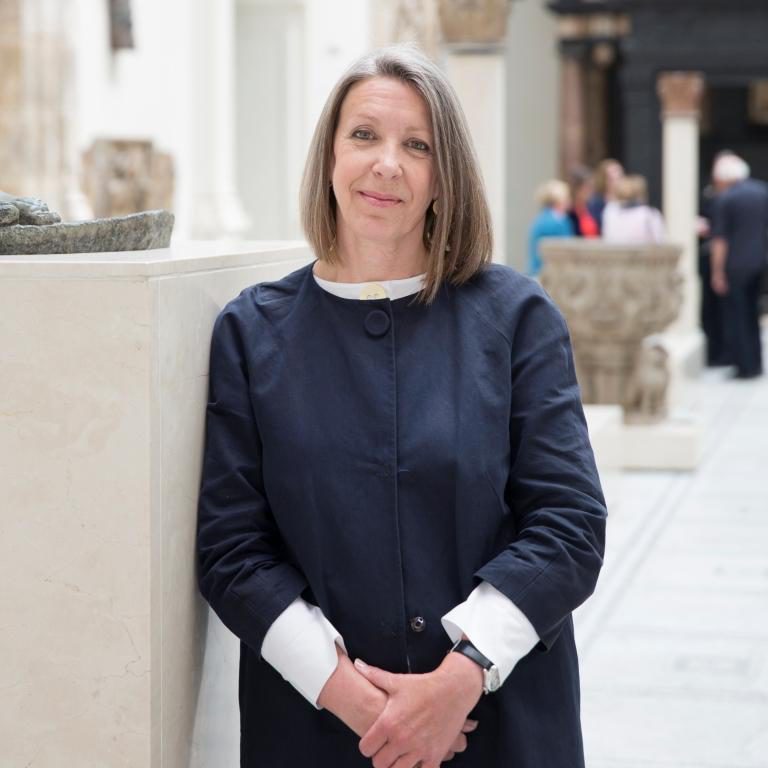 Dr Antonia Boström studied at the Courtauld Institute of Art in London, where her PhD dissertation focused on the collecting and display of Florentine sculpture in the second half of the 16th century. She began her museum career at the V&A in 1980, working in the National Art Library and in the Sculpture Department. In 1996 she moved to the United States where she worked in art museums for nearly 20 years. Her career there includes curatorial positions in the European Sculpture & Decorative Arts Department at the Detroit Institute of Arts (1996-2004); Senior Curator and Head of the Sculpture & Decorative Arts Department at the J. Paul Getty Museum, Los Angeles (2004-13), and Director of Curatorial Affairs at The Nelson-Atkins Museum of Art, Kansas City (2013-16). In 2016 Dr Boström returned to the V&A as Keeper of Sculpture, Metalwork, Ceramics & Glass, and in May 2018 was promoted to Director of Collections. She is the V&A nominated trustee to the Gilbert Trust and since February 2017 has acted as the V&A’s liaison for provenance research and restitution, as well as the National Museum Directors Council Spoliation Working Group representative for the V&A. Dr Boström has published widely on sculpture, and is co-author of the Catalogue of Italian Sculpture at the Detroit Institute of Arts (2002), and editor of the three-volume Encyclopedia of Sculpture (2004).