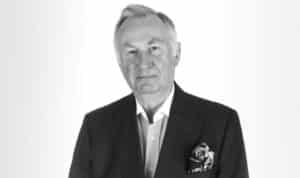 Michael is a professionally qualified senior executive with 50 years’ experience of leadership and management practice & development divided between the military/central government and international business sectors working at all levels up to and including 4/5*/Ministerial and plc Chairman/CEO.

Leaving Colfe’s School in 1962 at the age of 16, Michael was commissioned into the Royal Air Force seven years later as a professional entrant, having in the meantime gained an HND in Business Studies whilst earning his living as a rock and jazz drummer, and working with young people in the East End of London via the Air Training Corps.  Thereafter, he undertook a diversity of appointments which included being a senior executive in the field with responsibility for 3,000 people; and a tutor at both the RAF College and the RAF Staff College, the latter of which he is an Advanced Staff Course graduate.  He was a trained cryptographer.

Deciding to leave the Military after only 20 years, having been tempted into management consultancy, his Service career culminated as an adviser to the UK Deputy Chief of Defence Staffs  and appropriate Ministers on personnel and financial issues for 330,000 regular & reserve military personnel, plus the senior Civil Service, the senior Judiciary and NHS Consultants.

Michael commenced his business career with P-E International where he worked with company Boards across many UK industry sectors. In 1993 he founded Griffonage specialising in executive & NED search, adding coaching in 2006. Focusing on aerospace, defence and Formula 1/Le Mans motorsport he conducted over 10,000 hours of interviewing, coaching, facilitation and consultancy at Board and senior executive level, primarily in the UK and USA, but also in Continental Europe, China and Singapore.  Typical clients ranged from such SMEs as Cosworth, Lola and Quadrics Supercomputers, through large companies such as Cobham, GKN, Jaguar F1 and Serco, to global corporations such as CAE, Raytheon and Rolls-Royce.

Realising the value of Griffonage in 2012, he undertook a period as a Visiting Professor.  At the same time, for two years he was a mentor to a senior member of the Royal Household via the IOD programme ‘Develop a Director’.  Then, in 2015, with three senior international directors, he embarked on a business venture entitled Experience Tells Ltd working with the Boards of SMEs to large companies in the manufacturing and service sectors, especially those concerned with aerospace & defence. He is now retired from fee-paying business.

In anticipation of that retirement, in 2018 Michael began to build a pro-bono portfolio of interests centred on the restoration to flight of a photo reconnaissance Spitfire PR.IV with a unique provenance that included the Nazi Battleship, Tirpitz, and the aircraft’s last pilot, Sandy Gunn, who helped dig Tunnel Harry out of Stalag Luft III, escaped with 75 of his fellow POWs, but was recaptured and murdered by the Gestapo on the direct orders of Adolf Hitler.  The story was immortalized in the film, The Great Escape. When the aircraft flies in 2024 it will be the public face of a UK-wide youth engagement programme that is designed to encourage young people to study STEM subjects and enter the aerospace industry – the Sandy Gunn Aerospace Careers Programme (SGACP).

As such, he is a Director of Spitfire AA810 Restoration Ltd., and the Chairman (and a Trustee) of the SGACP (charity #1190721).  Under the Chairmanship of The Viscount Trenchard, he is involved in the establishment of a UK National Monument to the WWII Photographic Reconnaissance Unit of which Sandy Gunn and AA810 were a part.

Project AA810, as the overall endeavour is informally called, was conceived and initially developed by Michael and his colleague, Tony Hoskins.  Its President is Sir Michael Arthur, and its Vice-Presidents are Lord Trenchard and Professor Sir Peter Gregson. See www.spitfireaa810.co.uk  and www.acp-aa810.co.uk

Michael holds a Professional Doctorate in Senior Executive Coaching & Team Learning, and an MA in Business Coaching; his Doctoral thesis was entitled A Learning Team Approach to Executive Recruitment, Coaching & Consultancy (2011), Middlesex University.  In 2011, on behalf of a client, he authored a post-graduate course entitled Internal Coaching for Business Solutions which was accredited by the University of Chester.  This was followed by the peer-reviewed publication Two Coaches Operating as a Learning Pair (2013) Oxford Brookes University.