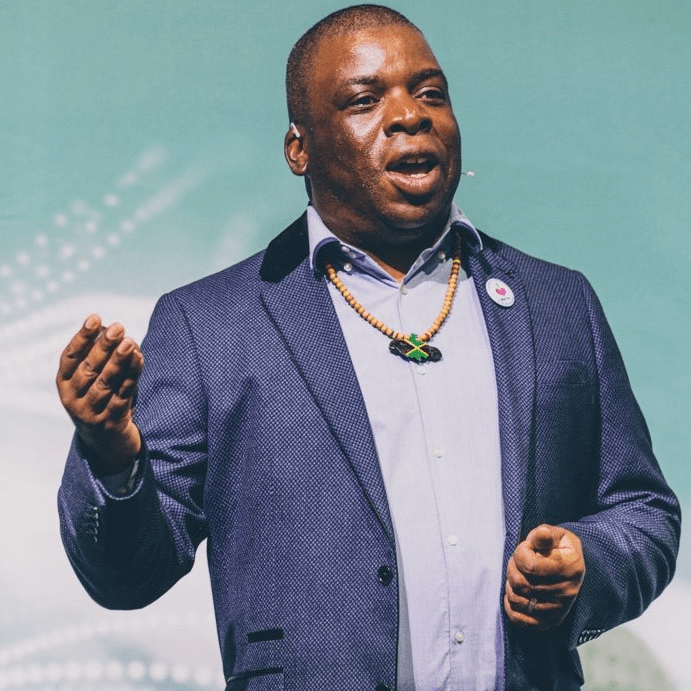 Professor Nira Chamberlain PhD HonDSc is one of the UK’s leading professional mathematicians, the Immediate Past President of the Institute of Mathematics and its Application (IMA) and is a Visiting Professor of Loughborough University Mathematical Sciences Department. In 2019 the Inclusive Tech Alliance named Nira as one of the Top 100 Most Influential Black, Asian and Minority Ethnic leaders in the UK’s Tech.
In 2022, Nira was on the New Year’s Honours lists receiving an OBE for services to mathematical sciences.
Nira has four mathematical doctorates and is also listed by the PowerList Top 100 Most Influential Black Person in the UK for five years running (2018-2022). Other awards include; an Honorary Doctorate in Science from the University of Greenwich for his unique and inspirational contribution to the field of mathematics. In 2018, Nira was the Winner of the Big Internet Math Off title “World’s Most Interesting Mathematician, which was an invited international mathematical communication tournament and voted for by the general public.
Prof Nira Chamberlain is also in listed by the Science Council as ˜one of the UK’s top 100 Scientist and in 2015 joined the elite list of distinguish mathematicians who featured in the biographical reference book Who’s Who. As well as this Nira Chamberlain is one of the few British Mathematicians to feature in the Encyclopedia of Mathematics & Society. The encyclopedia highlights two of Nira’s mathematical models and their impact on the field of naval engineering.
Nira, who currently works for SNC-Lavalin Atkins as a Technical Fellow for Mathematical Modelling, has over 25 years of experience at writing mathematical models/simulation algorithms that solve complex industrial problems. Nira Chamberlain developed mathematical solutions within industries such as the defence, aerospace, automotive, retails and energy sectors. This has included periods in France, the Netherlands, Germany and Israel.
During his career Nira has been an invited to speak at several prestigious events such as the International Congress of Mathematicians, New Scientist’s Live, The Royal Society -Destination STEMM, Oxford University – Reddick Lecture, and at King College London – The Maxwell Lecture to name a few. Popular talks include; ‘Saving Aston Villa’, ‘The Black Heroes of Mathematics’ and finally, ‘The Mathematics that can stop an AI apocalypse’.
As well as this, Nira is the author of the paper Long multiplication and percentages without a calculator, which is based on a method he invented, while teaching at an Inner-city Saturday school.