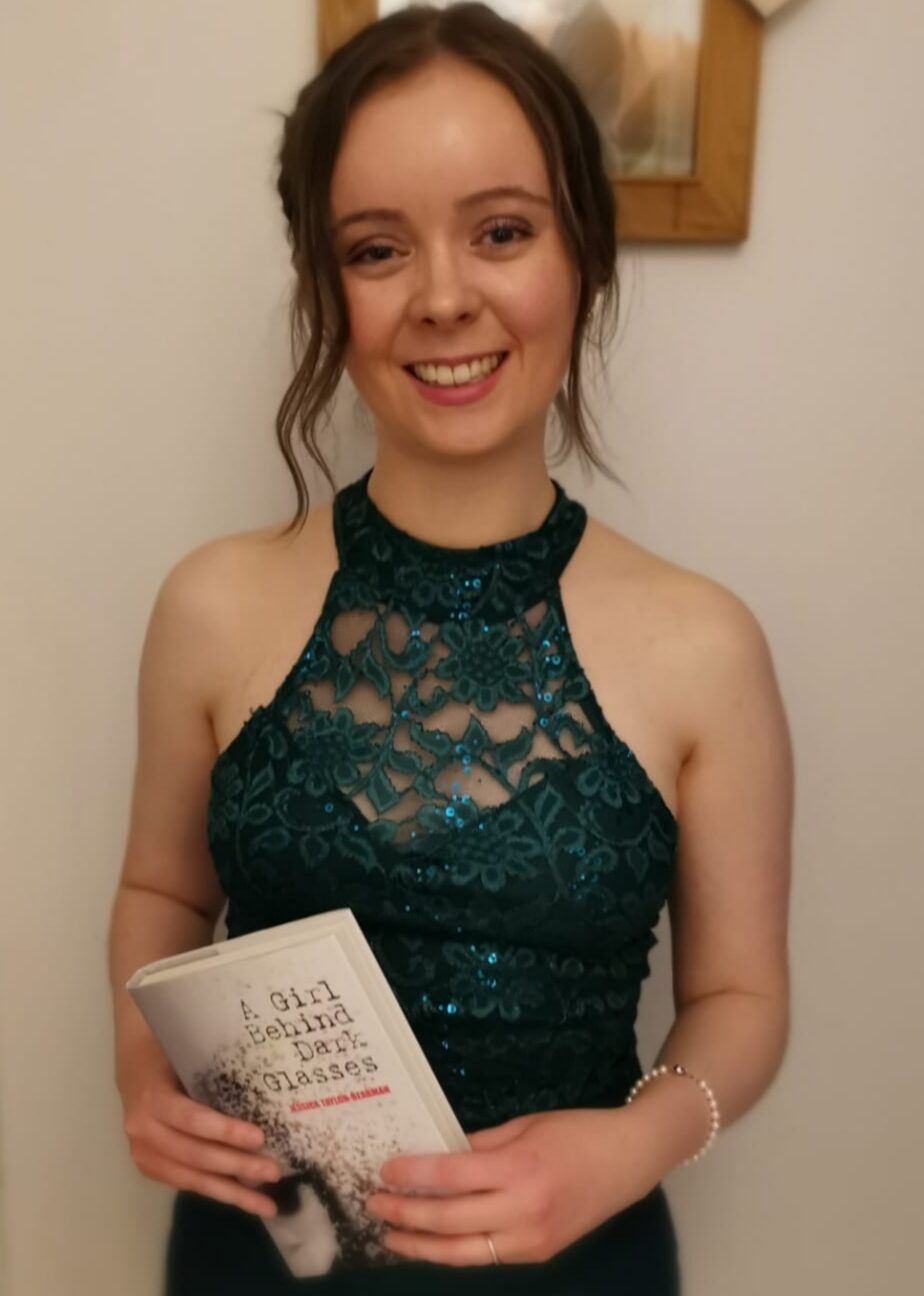 Author, A Girl in One Room & Founder Share a Star Charity

Jessica Taylor-Bearman is a bestselling author from Kent. She became unwell with a very severe form of Myalgic Encephalomyelitis in 2006 which rendered her bed bound, unable to eat or speak. She spent four years in hospital constantly before returning home.

Whilst in hospital, she started to paint through laughter, which was the only way she could move. Her artwork was exhibited in an art festival and she has one which lives in Ethiopia too.

She used a voice activated diary ‘Bug’, which she used to record her journey. Her dream had always been to be an author and to be avle to tell the world about her suffering.

She started a blog called The World of One Room and used her creativity to talk about her life through writing, poetry, artwork and short videos.

In 2018, her book A Girl Behind Dark Glasses was released to critical acclaim. It won The People’s Book Prize in 2020 for Best Non-Fiction and became a bestseller too.

This year she published her second book, A Girl in One Room, which has become a bestseller as well.

She was featured in the oscar-nominated American documentary ‘Unrest’ which led her to speaking in parliament.

She founded a charity called Share a Star in 2010 from her sick bed to help other seriously unwell youngsters.

Jessica wants to use what she has been through to empower other young people to follow their dreams no matter the barriers they face.

Jessica is a Guest Speakers for our Access All Areas Campaign