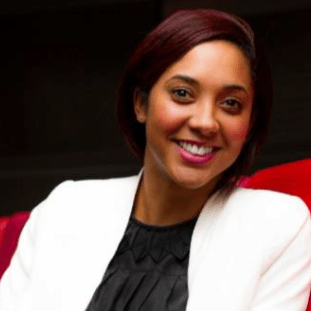 Joanna Abeyie is in a class of her own, a new breed of business leader, she is an award-winning, agenda-setting Diversity and Inclusion Campaigner, Entrepreneur, and broadcast journalist. Aged just 31, there are few under 35’s that can claim similar achievements, one of which being among The TV Collective’s Top BAME Leaders, which saw her honoured in a photographic exhibition, Federation for International Periodicals Publishing’s (FIPP) Rising Star Award 2017 and We Are The City Rising Star 2018 and Bullhorn’s Recruitment Leader of 2018 and a special invitation to 10 Downing Street, where she met Prime Minister Theresa May, to celebrate Black History and most recently a TED Talk on Social Impact in Muscat, Oman. Joanna’s work has been highly recognised by the Mayor of London and Joanna has been awarded her Freedom of The City, A Freeman for the Guild of Entrepreneurs and a Freeman for the Haberdashers Livery Company. Joanna founded the award-winning creative industry diverse talent recruitment business Shine Media in 2009, which recently morphed into Hyden (taken from the old English word for ‘hidden’), as part of leading global recruiter SThree PLC. Having helped to place more than 3,000 people from diverse backgrounds in permanent and freelance jobs in the creative industries, it is Joanna’s efforts in improving the creative industry’s diversity that truly have made her stand out.