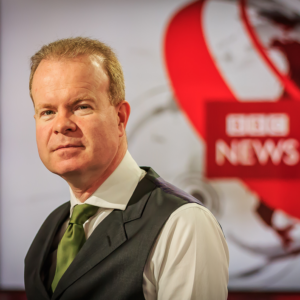 Joe is an award winning journalist who has exposed wrongdoing by large companies and governments. He has presented on Newsnight, the Today programme, BBC News and featured regularly on the main BBC One bulletins.
Joe started off on the lowest wrung of the BBC ladder as a ‘meet and greet’ and rose to be a regular face on national and international TV.
Joe will deliver an insightful keynote about what it’s like to work in live TV and radio and the amazing people he’s met. He’ll focus on how he started late in broadcasting (after 3 other careers) and how he was pushed back so many times and prevented from getting on TV because he ‘didnt fit the profile’