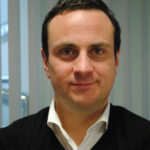 Jon has a healthy history in print starting out with a successful newspaper round in the mid 1980’s. Keen for this love affair to continue Jon’s natural next step (post university) was to embark upon a career selling Classified ad space for The Guardian in Manchester. Following a brief spell at The Express Jon then spent 10 years with the Mail on Sunday taking on a variety of roles across the portfolio rising to the position of Head of Newspaper Trading. In 2008 Jon left to join the London Evening Standard and became part of the exciting team that was to change the face of Londons’ newspaper landscape, following the acquisition of the title by the Lebedevs. Jon became Advertisement Director in September 2009, and was responsible for creating and delivering the commercial strategy for both taking the newspaper free and then subsequently growing the circulation to 700,000. This made the London Evening Standard the largest quality daily in the UK. Shortly afterwards the Lebedevs acquired the Independent brands and Jon became Group Commercial Director across all titles for print and digital. Most recently the company has rebranded as ESI Media to offer clients a more holistic opportunity across all platforms within the portfolio, which now includes TV with the launch of ESTV last month. When his nose is not buried in Newsbrands Jon can be found swimming, biking and running his way around any number of triathlons home and away. Jon is the lucky husband to wife Jacque, who also works in the media Industry (Advertisement Director of The Radio Times), and doting father to daughter Daisy.