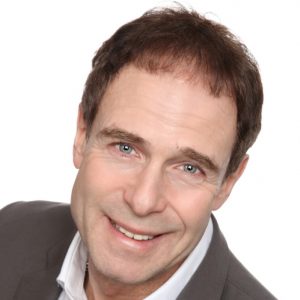 The talks I give include how I conquered communication and the severe lack of confidence that complete dysfluency had given me as a child through to my role as CEO of a London stock market company that had its fair share of ups and downs but was very public in its transactions, respected and ultimately successful.

En route I have worked with some of the biggest sports stars in the world such as Diego Maradona and Lord Sebastian Coe, managed the off pitch activities of the England Football Team for 10 years ultimately creating ‘Team England’ which is the vehicle used by the Football Association and the England Football Team to this date; I was the first commercial representative of the England Cricket Team, once again managing their off field activities for some 6 years leaving the framework for the Test and County Cricket Board to manage. I also managed the commercial affairs of the Welsh National Rugby Team who did not win one game during my tenure!!

I was the first promoter of all the North American sports in the UK (NBA, MLB, NFL and NHL) including the major early NFL games at Wembley – I also owned the London Monarchs (in the World Bowl winning season). I was the promoter of Mikhail Gorbachev’s UK Lecture Tour and a host of other major events in the UK and even occasionally in the USA.

I have also been very successfully involved in the record business and theatre business, at one time owning the largest theatre marketing businesses in London and New York.

I have guested on BBC News, ITN News at Ten, Newsnight, Sky News, Bloomberg, ABC, NBC, CBS and various TV networks around the world; as well as being featured in many publications including the Sunday Times Life In A Day Of……

During 2012 I presented The Forum on the SKY platform for Sports Tonight Live. The Forum was presented live and took the model of ‘Question Time for Sports’ with a panel of 3 guests and live input from members of the public via Skype or phone. This year I have become a regular guest on the Press Preview for GB News.