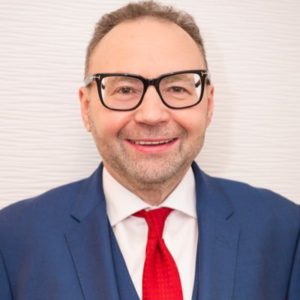 Professor Jonathan Shalit OBE is Chairman of ROAR Global, the UK’s leading independent talent management agency. He is recognised as a genuine leader in the creative industries and as an innovator exerting major influence across the all aspects of the entertainment business. He was awarded the OBE* in 2014 for services to the entertainment industry and an Honorary Professorship in 2012 by Henley Business School and Reading University in recognition of his contribution to the Arts.

Jonathan and his ROAR Global Group (incorporating Cole Kitchenn) represent talent, digital and intellectual property rights in the fields of Broadcasting, Music, Acting, Branding, Comedy, Sports and Intellectual property. The success of the group is based on its unique ability to access and influence global decision makers on behalf of clients whilst simultaneously retaining for them vital creative and brand integrity. Despite its rapid growth, Jonathan has ensured that ROAR Global continues to offer bespoke and highly personalised career guidance and career strategy in the rapidly diversifying digital age. Jonathan’s clients over the past 20 years represent an eclectic collection of exciting and talented people whose success has been recognised around the world. His clients have been nominated for or won BRITS, MOBOs, Emmys, Grammys and Olivier Awards. In the last year alone ROAR Global clients have broadcast over 5000 hours of television: sold millions of pounds of branded product and over 1 million CDs; and appeared in the best-selling book charts.

Essentially Jonathan sees no boundaries in the fields of media and entertainment. Professionally he is as astute and creative at managing big name current affairs broadcasters as he is at propelling artists to the top of the mainstream music charts or guiding successful acting, Broadway, West End and sporting careers and being a trailblazer in creating branding and endorsement opportunities.