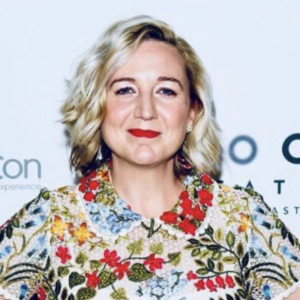 Josie is a theatre and film director. She was born in Salford, and attended state schools there. She read English at Cambridge University.

From 2007 to 2019, Josie was Artistic Director of the Bush Theatre, and then the Donmar Warehouse. During her time at The Bush, she found, fundraised for, and opened the Bush’s new home. Josie has been associated with the Donmar since the year 2000, when she trained as the theatre’s resident assistant director under Sam Mendes. She has directed numerous productions for the Donmar, including The Cryptogram, World Music, Saint Joan, The Weir, Berenice, Elegy, Les Liaisons Dangereuses, The Machine, The Recruiting Officer, Coriolanus, Measure for Measure, Privacy and The Vote, which was broadcast live onto television on the night of the 2015 General Election, and nominated for a BAFTA. Her productions have transferred to The West-End and to Broadway. Her revival of City of Angels won an Olivier Award.

Josie’s other work as a theatre director includes: King John (Royal Shakespeare Company); Much Ado About Nothing (Wyndhams); Crazyblackmuthafuckin’self (Royal Court); Men Should Weep (National Theatre); Josie has also served as Associate Director of Sheffield Theatres, where she directed a number of productions, including Kick for Touch. Plays at The Bush include: If There Is I Haven’t Found It Yet; Apologia, and 2,000 Feet Away.

Josie’s first feature film, Mary Queen of Scots was released earlier this year, produced by Working Title and Focus. It was Oscar and BAFTA nominated.