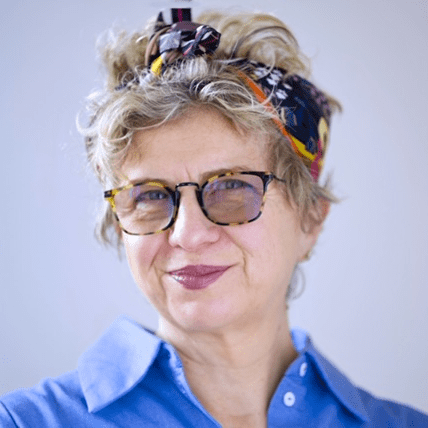 Throughout her career, Lizzie Francke has identified and championed the best of world and British cinema with particular interest in bringing new and diverse talent to wider attention.

Currently she is Senior Production and Development Executive at the BFI’s Film Fund, a role she has had since 2012. At the Fund, which invests on average £20 million a year, she is involved in the selection and creative support of projects for both development and production. She has exec produced over fifty feature films, working with renowned filmmakers such as Joanna Hogg, Andrea Arnold, Lynne Ramsay, Andrew Haigh, Pawel Pawlikowski and Mike Leigh as well as emerging talent such as Shola Amoo (The Last Tree) Will Oldroyd and Alice Birch (Lady Macbeth), Tinge Krishnan (Been So Long), Deborah Hayward (Pin Cushion) and Sarfraz Manzoor (screenwriter, Blinded by the Light).

In addition Francke oversaw the setting up and establishment of Network, the BFI’s strategy for new and emerging talent, which is both an online platform and on the ground pan UK initiative with a budget of £3 million for shorts and early stage idea development. This is a key initiative for bringing through new and diverse voices in the British film industry. The Network also links up with and funds talent development work in Scotland, Wales and Northern Ireland.

Under her creative leadership the BFI Film Fund also developed a strong reputation for documentary with Francke the executive across films such as How to Change the World, Notes on Blindness, The Stuart Hall Project, Lovers and the Despots, Syrian Love Story and Island of Hungry Ghosts. In 2017, she oversaw the devolving of BFI documentary film funding to the Doc Society and is now the liaison executive for the fund.

Prior to her time at the BFI, Francke was the Development Producer for the UK Film Council’s Development Fund (which previously administered lottery funds) where she ran the First Feature programme designed to support emerging talent. Alumna of this programme include such writers and directors as Yann Demange (‘71) Clio Barnard (The Arbor, The Selfish Giant) and Laura Wade (The Riot Club).

Francke started her career in the industry in the late 1980s as film programmer for the famed Everyman repertory cinema in London and its associated distribution company Electric Pictures. During her time there she was involved in the UK launch of the debut features of such filmmakers as Claire Denis and Jane Campion. She subsequently became a film critic contributing to the Guardian, The Observer, Sight and Sound and Screen International amongst others. With a comprehensive knowledge of world cinema, she specialised in writing particularly on women filmmakers’ contributions. During this period she also published the book Script Girls: The History of Women Screenwriters in Hollywood (1994, BFI Publishing). This pioneering study drew on both primary and secondary research and became a key text in the US and UK.

In 1997 she was appointed Artistic Director of the Edinburgh International Film Festival and in her five year tenure there re-established the festival as a key showcase for British and independent world cinema.

She moved into production in 2001, first for the production company Little Bird where she co-produced Marc Evan’s thriller Trauma, then as Executive Producer for EM Media, a regional Film Fund based in Nottingham, where her credits include Anton Corbijn’s directorial debut Control.

Francke has served on juries at San Sebastián Film and Brit Doc Film Festivals among others. She was voted by the BFI membership onto the governing board of the BFI from 2002-2009 (before joining as staff). She was recently on the board of Sheffield Documentary Film Festival.

In addition to her BFI work, she is a regular contributor to BBC Radio Four’s Film Programme.

Currently Francke acts as a mentor within two BFI run programmes while she has also taken on mentees nominated by the British MP David Lammy (a former Minister of Culture in the Labour Government).

She has been a member of AMPAS (American Academy) since 2018.