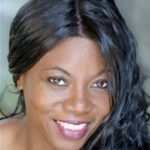 In addition to her work with NWM, Lola has produced several independent films, is on the judging panel of the Triforce Film Festival, a sponsor of the Casting Directors Guild and is an active member of WFTV UK (Women in Film and Television) Lola combines over 20 years of experience in the performing arts industry with an extensive track record in management and consultancy, giving her a unique understanding of the industry from both the actor and filmmaker perspectives alike. She is a passionate believer in creating opportunities for young people to enter the industry not only in front of, but behind the cameras where diversity and inclusivity is equally important.