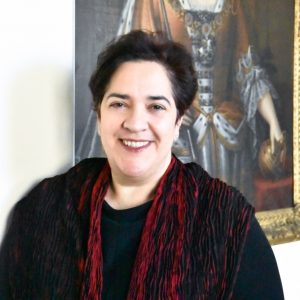 She is a lawyer by training who, after practising as a criminal litigator, began a career in financial regulation in 1990. The first Head of Enforcement Law, Policy and International Cooperation for the Financial Services Authority, she also chaired the International Organisation of Securities Commissions’ Standing Committee on Enforcement and Information-Sharing. In 2004, she became Chief Executive of the Financial Services Compensation Scheme, overseeing the payment of over £21bn in compensation to victims of bank and other financial failures.

Formerly a trustee of the Disasters Emergency Committee and member of the Church of England’s Ethical Investment Advisory Group, Loretta is a trustee of St Georges House Trust (Windsor Castle) and a Sarum Canon at Salisbury Cathedral.

Board, Chair of the Assets Committee. Member of the Archbishops’ Council and the General Synod of the Church of England ex officio.