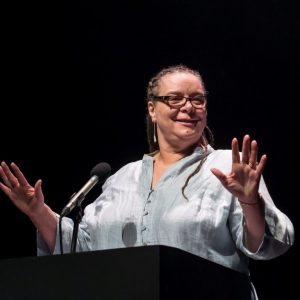 Born and raised in the East End of London, Marie took up her first Board level role aged 23 and has worked in senior roles in health, local government and the voluntary sector ever since. Marie is currently the Chairperson of East London NHS Foundation Trust (ELFT), which, under her stewardship, has become the only Trust in London judged by the Care Quality Commission (CQC) to be ‘outstanding’ and the only ‘outstanding’ mental health and community health Trust in the country. She has also helped define an internationally recognised, rights-based, recovery focused approach in ELFT that ensures that patients are meaningfully involved in planning, delivering and evaluating strategy and services. This work has supported Marie to have a defining national, and increasingly international role, on how the NHS works with patients, secures equality and improves services.

Marie is particularly known nationally for her work on advancing equalities, particularly race, gender and social equality and as part of that commitment she currently chairs the NHS Workforce Race Equality Standard Strategic Advisory Group, with a unique focus on supporting the NHS to embed equality. In her spare time this commitment to removing barriers to success is seen in her various Trustee roles, including ELBA, which works with the global businesses community to support social regeneration, West Ham United Foundation, which uses sport to improve education, employment and health outcomes and Foundation for Future London, where she is Acting Chair, which is supporting the creation of a world class arts and educational district on the Queen Elizabeth Olympic Park.

Marie was awarded Freedom of the London Borough of Newham in 2010, was recognised on the inaugural Health Service Journal (HSJ) ‘Inspirational Women’ List and was awarded a CBE in the 2018 Queens Birthday Honours for her services to the NHS.