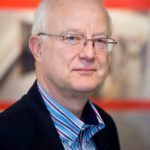 Formal career in Public Transport- London Transport, Centro and Nexus in the Communications and Operations fields ending as the DG (CEO) of the transport body Nexus in the North East for 12 years. Nexus operated the Tyne and Wear Metro and the Shields ferry and planned, procured and promoted public transport throughout the Metropolitan area of Tyne and Wear. In my last year I was responsible for 1100 staff and negotiated with 5 trade unions.

Since I retired I have served as a trustee/non executive Director of a Health Trust, chaired a Tourist Board and, was on the board of trustees of two charities – one founded to assist the homeless the other commissioning work on reducing poverty in the UK- and Ruskin College in Oxford.

I am currently a humanist funeral celebrant and a volunteer for the Samaritans.