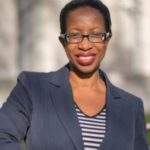 Nicola Williams became the Service Complaints Ombudsman for the Armed Forces on the 1st January 2016, following a year in the role as the Service Complaints Commissioner for the Armed Forces. Before this, she held the post of the Complaints Commissioner for the Cayman Islands from 2009 to 2014. Since 2009, she has also been a part-time Crown Court Judge sitting on the London and South Eastern Circuit.
Prior to this, Nicola has held a number of high profile appointments, including 5 years as a Commissioner at the Independent Police Complaints Commission, and 3 years as a Board Member at the Police Complaints Authority – the organisation that preceded the IPCC and with similar powers.
Nicola had also spent several years in private practice as a barrister specialising in criminal law, including three successful Commonwealth death penalty appeals before the House of Lords sitting as the Privy Council, and was a legal expert on BBC World for the OJ Simpson trial verdict in 1995.
Three times listed as one of the 100 most influential Black people in the U.K, Nicola is also the author of the legal thriller, “Without Prejudice”, published in 1997 in both the U.K. and U.S., and was the winner of the Cosmopolitan magazine Woman of Achievement Award (Professions).