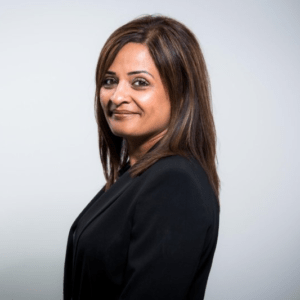 Perminder Mann is the CEO of Bonnier Books UK, the publisher of bestselling adult and children’s books including international bestseller The Tattooist of Auschwitz by Heather Morris, which has sold more than a million copies worldwide.

Perminder is one of only seven BAME women to appear in a survey of the UK’s most powerful leaders, conducted by The Guardian and Operation Black Vote, she features annually within the UK’s top 100 most influential people in book publishing, a list compiled by the The Bookseller and was named as one of the top 10 most influential people in publishing and writing, at the prestigious Hospital Club h100 awards in 2015.

She is the child of first-generation immigrant parents, who arrived in the UK in the 1960 – one of eight, she grew up in a family of ten packed into a three-bedroom semi-detached house as part of a tight-knit Indian community in West London. Aged 13, Perminder was profiled in a BBC documentary ‘Life of an Asian Girl’ which ignited her passion for media and the arts.

Perminder began her career in publishing in sales and has since worked her way up to become CEO of one of the largest book publishers in the UK. As CEO of Bonnier Books UK, Perminder is responsible for all publishing under the company’s 14 imprints, with sales of more than £80m.