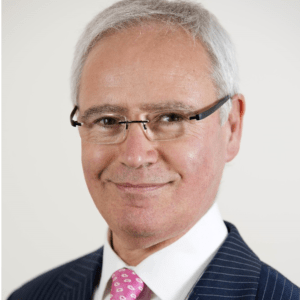 Peter Homa is the Director General of the Defence Medical Services.

Peter has nearly 40 years management experience including 27 as Chief Executive in three university teaching hospitals and two national organisations including the Commission for Health Improvement.

In November 2017 Peter retired from being Chief Executive of Nottingham University Hospitals NHS Trust (NUH); one of the largest and most complex teaching hospitals in the UK. Peter served as NUH’s chief executive for over eleven years. During this time, NUH became the most research active teaching trust outside of London, Oxford and Cambridge. Peter chaired the Association of UK University Hospitals Chief Executive forum between 2014/2017. He has a track record of leading innovative management that simultaneously improves the quality of patient care, teaching and research alongside value for money.

In 2017, Peter was appointed foundation Chair, NHS Leadership Academy. Peter also provides advice to many NHS organisations across the UK.

Peter was elected President, Institute for Health Services Management, in 1998/99; appointed a CBE in the Queen’s Birthday Honours in 2000 for contributions to the health service. Peter was one of four independent experts appointed by Sir Robert Francis to review the recommendations following the Mid Staffordshire Foundation Trust public inquiry. Peter was also a member of the Freedom to Speak up review, also led by Sir Robert Francis.

Peter’s first degree is in economics and he has Master and Doctorate degrees in Business Administration. Peter has held Honorary Chairs at London School of Economics; Universities of Lincoln; Surrey and Nottingham Business School.