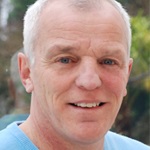 Professor Keith Willett is the Medical Director for Acute Care and Emergency Preparedness to NHS England and is the Professor of Orthopaedic Trauma Surgery at the University of Oxford. An NHS consultant surgeon for 26 years he has extensive experience of trauma surgery, driving health service transformation and healthcare management. He has taught surgery and leadership extensively across the NHS and internationally.

In 2003 he founded and chairs the Kadoorie Centre for Critical Care Research and Education focusing on the treatment of critically ill and injured patients. IMPS, a children’s safety charity he launched in 1995 has taught over 500,000 year 6 pupils in risk awareness, first aid and life support (impsweb.co.uk).

He was the co-founder of the unique 24-hour consultant-resident Oxford Trauma Service at the John Radcliffe Hospital in Oxford in 1994 – the first British Major Trauma Centre. Building on that model, in 2009 he was appointed the first National Clinical Director for Trauma Care to the Department of Health and was charged with developing and implementing government policy across the English NHS to radically improve the care of older people with fragility hip fractures and to establish Regional Trauma Networks and Major Trauma Centres. By 2012 both re-organisations and care pathways were successfully in place and are now credited with marked improvement in patient care and survival.

In his current role, he has the national medical oversight of acute NHS services ranging from pre-hospital and ambulance services, emergency departments, urgent surgery, acute medicine, children’s and maternity, armed forces, and the NHS response to national major incidents and terrorist events . He is now leading the transformation of the urgent and emergency care services across the NHS in England.

He was awarded a Commander of the Order of the British Empire (CBE) in the New Year’s Honour’s List in 2016 for services to the NHS. On receiving this honour he said “I have been exceptionally privileged to build a career as part of the collective commitment of so many dedicated individuals and friends who are our NHS”.