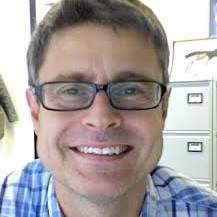 Robin Walker is an academic psychologist with particular interests in studying the human brain. He is a professor of Cognitive Neuroscience in the Department of Psychology at Royal Holloway, University of London where he has been since 1997.

Prior to this Robin worked in the Department of Neuroscience at Charing Cross Hospital (now Imperial College) following a PhD and postdoctoral position at Durham. He attended a Comprehensive school in the NE of England and trained originally as a marine engineer before studying for his first degree in psychology at the University of Newcastle upon Tyne.

Robin’s research has included studies of people with acquired brain damage following stroke, functional brain imaging (fMRI) studies as well as behavioural studies of the human eye movement (or oculomotor system). Robin’s work has been cited over 2700 times by scientists in the field. He also has interests in macular degeneration and has developed an iPad app as a reading aid to help people with vision loss read that was commended by the Universities UK ‘Ideas for Life’ awards in 2014.