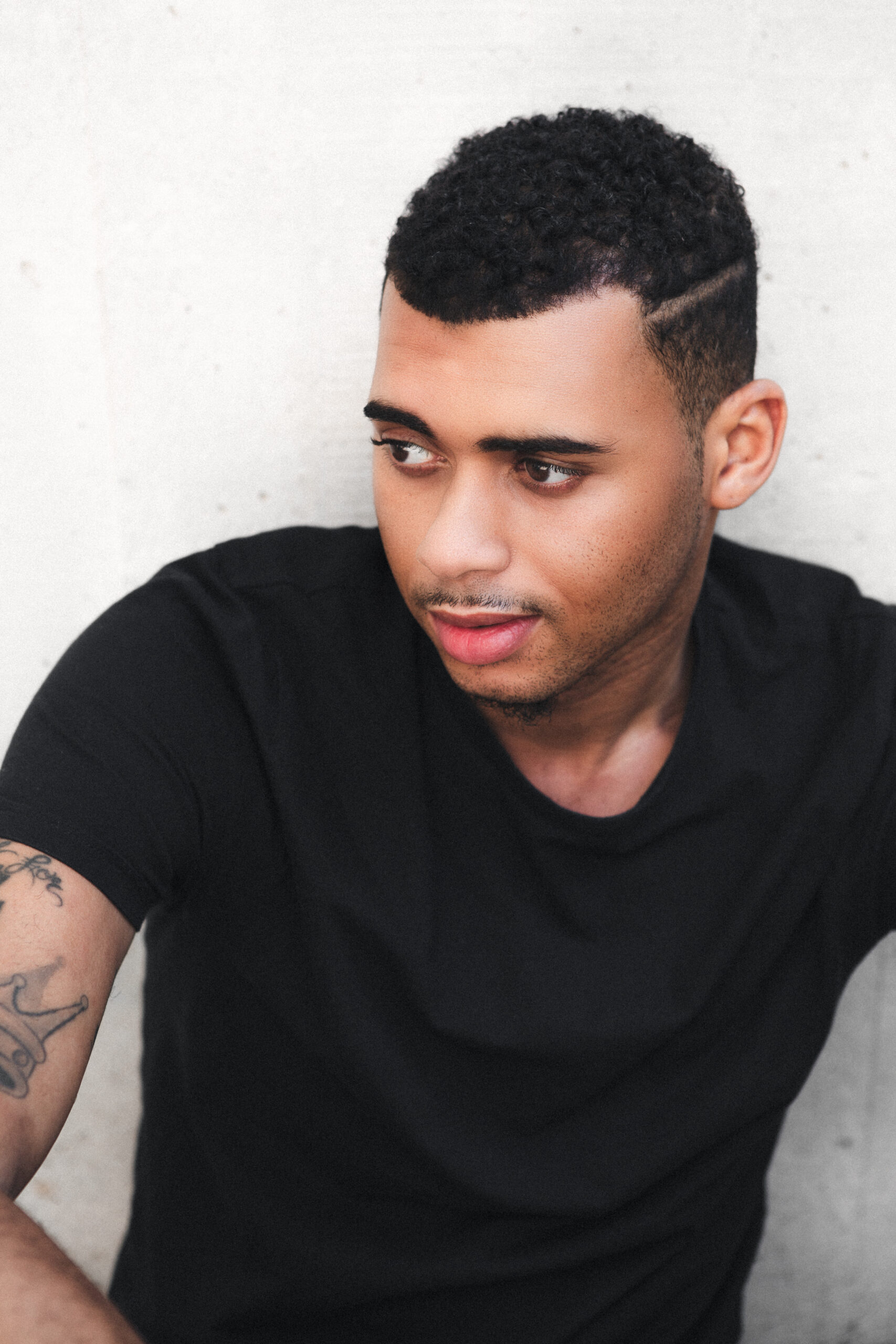 Ricardo P Lloyd is a British actor and presenter. Innovative, passionate, and committed to thinking outside the box; a true individual, who takes on each role with the same level of hard work and dedication.

Background
Ricardo P Lloyd was Born 20 November 1993 in Ipswich, United Kingdom, England.
Growing up in the London borough of Brent, Ricardo faced a lot of hardships. He wasn’t handed opportunities on a silver platter. Instead, he had to fight hard to overcome the pressures around. He was constantly being lured into following a path of destruction. He chose to rise above his circumstances. Acting became an escape for Ricardo.

He knew there was a stigma around what black masculinity looked like. Expressing himself emotionally was considered weakness, or soft, by those around him. Rather than letting those negative thoughts take over his life, Ricardo started acting to tap into a side of himself he had never explored before. Acting truly changed his life.
Thanks to his determination to become more than his surroundings, Ricardo is now considered one of the fastest rising acting talents in the U.K.

Training
Ricardo’s dedication to hard work and bettering his craft is prevalent through his commitment to training with the very best in the acting field. While he started doing theatre through his school, he continued to improve his skills after graduating secondary school.

He holds a BA (HONS) in Performing Arts Film, TV & Stage from Buckinghamshire New University. As well as a Masters Of Business Administration degree (MBA) from Anglia Ruskin University.

In addition to learning in a structured setting, Ricardo has also absorbed much of his acting knowledge from the amazing talent he has had the opportunity to work alongside.

Professional
Ricardo isn’t afraid to take risks. He is constantly looking for the next ground-breaking, innovative roles.
He has worked on several projects with some prestigious companies, as well as some esteemed individuals within the industry, including Oscar-winning actor Mark Rylance.
In 2020, he was listed by The Voice Newspaper as “2020’s Top Twenty in Business, Sport, Culture and Politics”.

His first professional debut was in 2015 in a production of Animal farm. He also starred in the short film “University Life” as the lead role Anthony. The film followed the journey of a young man dealing with the pressure of university and his mental health. It was a runner-up in the BIFA Short Film Competition.
Some of his other credits include, but are not limited to, Flying For Britain (2022), National Maritime: Caribbean Social Forum museum takeover (2022), NFTS; Con-spiracies (2021), ENDZ (2020), Excluded (2019), Mark Rylance For Shakespeare’s Globe; Shakespeare Within The Abbey (2019), Shakespeare’s Globe; The Shakespeare Walks (2019), Animal Farm (2015), and Fragile Things (2016).
Whether he is on stage or screen, Ricardo gives a compelling performance that draws in the audience for a raw connection that is rarely seen.

Presenter
In 2022, Ricardo presented his own critically acclaimed documentary which he created for BBC Radio 4 entitled My Name Is Ricardo P Lloyd (broadcast on 18 July 2022 and available on BBC Sounds), where he explores what it means to be a black British actor. In this 28 minute programme, he speaks to key people across the industry, including Tobi Bakare, Aml Ameen, Clint Dyer and others.

Activist
On top of being a phenomenal acting talent, Ricardo is also an activist – ready to make waves for what he believes in.
While on BBC Radio London, Ricardo was interviewed about a piece of custom artwork that was created by British visual artist, Eugene Ankomah. It was an eye-patch that read “excluded”. He spoke out about how it symbolized the way society chooses to see what they want concerning young people based on where they come from.
Ricardo also spoke on ITV News about school exclusion, saying a child is essentially being told they’re not good enough by society. This exclusion leads to prison and death.

Rising Talent
With incredible passion and natural talent, Ricardo P Lloyd is sure to become the next big name in television and film. You do not want to miss this rising star!

Ricardo is currently a Guest Speaker at Speakers for Schools