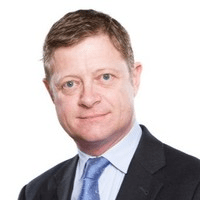 Richard works for the European Bank for Reconstruction and Development, a multilateral development bank which supports countries in their transition to open, market economies across three continents. He advises senior executives on their communications strategies, and oversees teams providing internal communication and research services. Before joining the EBRD in 2017, Richard worked for many years as a journalist and executive at BBC News. He specialised in international news, holding several senior posts in the BBC Global News Division – leading BBC World Service English, BBC World News TV and the international operations of bbcnews.com. He started his BBC career in regional broadcasting in Bristol, and also worked in
Newcastle, Leeds and Manchester. He worked for the BBC News Channel and was Editor of Breakfast on BBC One. He trained as a newspaper journalist with a local newspaper group in Berkshire, and worked for several newspapers in the west of England. He left school with two A levels and worked in retail before stumbling into journalism. Richard lives in London with his family.