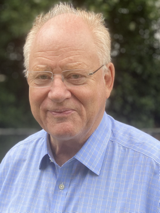 Robert has been a Broadcaster and writer for numerous outlets, including BBC, Sky, ITV, LBC, Times Radio, Monocle 24. He was the Commissioner, Commonwealth War Graves Commission, 2012 – 2018.

Much of his work is away from war, but generally in the areas of history and modern communication perception, the role of reporters, Italian and European art and contemporary literature (Italy) the rise of neo realism in Italian stories and cinema. The way we think and way we wrote about the big challenges — climate, future politics, migration and social resilience.