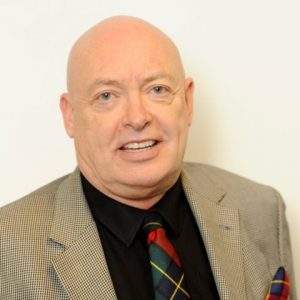 Robert is a Scottish serial entrepreneur, investor and property developer who founded Four Seasons Health Care in 1988, opening its first care home in May 1989 in Fife in Scotland. He left the company in early 2000 when it was operating 101 care homes and employing around 6,500 staff, the UK’s fifth largest care home operator, subsequently making his final financial exit from the company in 2005. Four Seasons is currently the UK’s second largest care home operator with nearly 360 care homes, around 17,000 residents and employing close to 25,000 staff.

Robert founded and is CEO of Dow Investments Plc, now celebrating its 30th year. In 2004 he founded, and is Executive Chairman of, Scottish care home operator, Renaissance Care which currently operates 15 homes employing over 1,000 staff. Robert is a co-founder and Director of video and security systems specialists, NW Security Group (16staff) and is also a founder shareholder and Chairman of Kingdom FM Radio (13 staff), the local radio franchisee for Fife until he engineered its sale last year. Robert holds several other Non-Executive Directorships as well as several Senior Consultant and Senior Adviser roles.

Robert’s first business venture while attending Stirling University, was running a stall selling jeans and t-shirts at Edinburgh’s Ingliston Sunday outdoor market. Robert founded in 2006, the Scottish online political think-tank, Think Scotland and he recently founded SBUK to campaign against a second Scottish Independence Referendum. He has also served on both the CBI Scotland Council and the CBI UK SME Council.

Born in Edinburgh, brought up in Fife and educated at Loretto School, Robert now splits his time between his main home in London and his home in Fife in Scotland, whenever possible raising money for Macmillan Cancer Support – £2m plus over the last 25 years and he was appointed as a Macmillan Ambassador in 2018.

Relaxation is trying to compete with his four adult children at any sport!