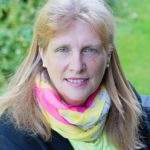 Seonaid Mackenzie, has had a 32 year career in the City, having been a stockbroker, fund manager, as well as operating UK funds, and fund raising for private companies and funds, and sat as a non-exec in financial services or SMEs over this time. Seonaid founded Sturgeon Ventures LLP as a “single family office” in 1998 investing in public and private companies. The Principal died in 2004, leaving behind a trust for a child. Those funds today are passively managed, and so Sturgeon, took a new active business line and became the pioneer coining the phrase “the regulatory incubator” for financial services starting in the year 2000, known by some as an FCA Umbrella, or Regulatory Hosting Platform. In 2013, Sturgeon Ventures became an Investment Advisor with the SEC, and in 2014 an AIFM (Alternative Investment Fund Manager) and Operator of Collective Investment Schemes and AIFM Solutions their trade mark was launched in 2014. The firm has ‘incubated over 100 start ups since this business model began’. The clients include fund managers with various strategies, third party fund raisers, corporate finance firms, family offices, amongst others.

Sturgeon’s team offer regulatory and risk services, within their incubation model and start up mentoring, a virtual Chief Operating service for fund launches, and often assist overseas, especially US firms starting in London. They work with leading law firms, accountancy firms, and most well known compliance firms. Although jurisdiction neutral; Sturgeon have assisted in a number of firms within the last 4 years, setting up funds in Malta. Seonaid is also regulated by the MFSA as an investment manager and sits on a number of investment committees in Malta, as well as being an Investment Manager in Guernsey. Seonaid was on the Strategic Advisory Board of Kleinwort Benson for 2 years.
Sturgeon Ventures LLP was awarded Best Global Consultant in Business Strategy category by the Hedgeweek 2016. Highest Commendation as the Best Overall Advisor by HFM for 2015, in April, 2015. Sturgeon won the prestigious 2014 UK Business Incubator award at the ACQ Global Awards, was named Most Trusted FCA Regulatory Incubator in the UK among 2014 Finance Award winners and won Venture Capitalist of the Year at 2014 M&A Awards and was shortlisted as Best Overall Advisory Firm to US Hedge Funds by HFM in 2014. Sturgeon was awarded Compliance Innovator of the year in 2013 by Thompson Reuters. Seonaid was recently at the end of 2014 voted by Brummell as one of the top 30 most inspirational female entrepreneurs in financial services in the United Kingdom. Seonaid was a finalist in 2012 Women of Achievement in the City won by American Express, and the winner of Enterprising Women of 2013 a global award. Seonaid is a Freeman of London with The Worshipful Company of International Bankers, a member of The Chartered Institute of Securities and Investments, a Member of the Corporate Finance Faculty of the Institute of Chartered Accountants and a Member of the Women’s President Organisation (WPO). Seonaid has been a guest speaker at several London secondary schools, speaking to 17/18 year olds about a career in financial services and being a female entrepreneur. Focusing on issues such as her predominantly female workforce of working mothers, with flexible hours. She is the Founder of a charitable foundation ‘The Wellness Fund Foundation’ that focuses on education to parents and teachers on self harm in young persons, and is the angel investor also of www.Kidtection.co.uk a childcare agency for the 21st century engaged in active listening and children who think for themselves especially tweens and teens. Seonaid has two school aged children and a puggle and a cocker spaniel. Seonaid’s team is also unusual it is mainly women who are working mothers and work from home, the whole team (men and women) meet weekly in their Putney offices, and then go back to home working or client offices