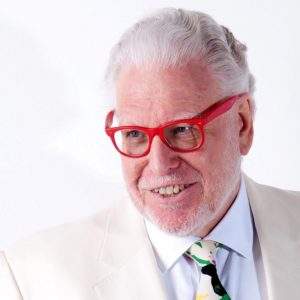 Simon Albury is now Chair of the Campaign for Broadcasting Equality, a charity established in 2013 to fight racial inequality in broadcasting. It has provided extensive evidence to parliamentary committees and has been widely cited and in Commons and Lords debates.

Simon Albury was Chief Executive of the Royal Television Society and founder Chair of the Centre for Investigative Journalism.

Simon started his television career in 1969 and was a producer of current affairs and music programmes for BBC and ITV. Later he ran the Campaign for Quality Television and was a founder director of Meridian, the ITV company.

Simon’s continuing interest in diversity dates back to volunteer work in US civil rights movement in the sixties. He chaired the British Screen Advisory Council Committee for Ethnic Minority Employment in Film, established at the behest of Chris Smith, Secretary of State for Culture, Media and Sport, which produced “Achieving Diversity In Film” (2002) and was a member of the committee that established the broadcasters’ Cultural Diversity Network. Simon has served as special advisor to Nafsiyat – The Intercultural Therapy Centre which provides psychotherapy to members of ethnic and cultural minority groups, and was a trustee of the Elizabeth R Fund.

Simon was not much good at school and was often at the bottom of his class.

Simon can talk about working in television, political campaigning and offer general advice on work.