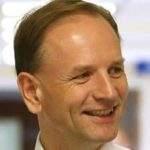 Simon Stevens is CEO of NHS England, which leads the NHS’ work nationally to improve health and ensure high quality care for all. As the NHS Accounting Officer he is also accountable to Parliament for over £100 billion of annual Health Service funding. Simon joined the NHS through its Graduate Training Scheme in 1988. As a frontline NHS manager he subsequently led acute hospitals, mental health and community services, primary care and health commissioning in the North East of England, London and the South Coast. He also served seven years as the Prime Minister’s Health Adviser at 10 Downing Street, and as policy adviser to successive Health Secretaries at the Department of Health. Simon also spent a decade working internationally at UnitedHealth Group, including as its Medicare CEO and as president of its global health division, leading health services in the United States, Europe, Brazil, India, China, Africa, and the Middle East. Simon was born in Birmingham, and was educated at Balliol College, Oxford University; Strathclyde University, Glasgow; and Columbia University, New York where he was Harkness Fellow at the New York City Health Department. He is married with two school-age children, and volunteers as a director of the Commonwealth Fund, a leading international health charity. He has also been a trustee of the Kings Fund and the Nuffield Trust, visiting Professor at the London School of Economics and a local councillor for Brixton in South London. He is an honorary fellow of The Royal College of General Practitioners and holds an honorary doctorate from The University of Birmingham.