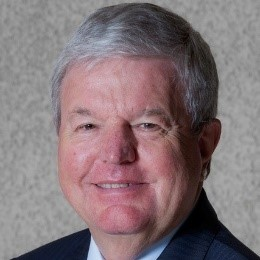 Chairman, The Royal Foundation of The Duke and Duchess of Cambridge & Chairman, ORIGIN Sports Group Ltd

Sir Keith Mills was born and educated in the UK. He founded Air Miles International Group BV (AMIG) in 1988 to develop the AIR MILES programme. Formerly Chairman of Loyalty Management Group Ltd (LMG) which is the company which owns and manages the Nectar programme in the UK and licenses Air Miles programmes internationally.

In September 2003 Sir Keith was appointed International President and CEO of London 2012, the company that was established to bid for the 2012 Olympic Games. Sir Keith led the team and along with Lord Coe was responsible for security the rights to host the Olympic Games and Paralympic Games in 2012.

Having established the London 2012 organisation which planned and organised the Games (LOCOG), Sir Keith remained as Deputy Chairman alongside Lord Coe to oversee operations.

In 2005 Sir Keith received a number of awards including: Master Entrepreneur of the Year, Chief Executive of the Year and the Sports Industry Businessman of the Year.

In addition to the London Olympic Games, Sir Keith has been a director of Tottenham Hotspur and led the Ben Ainslie America’s Cup Challenge in 2014 and is currently Chairman of Alex Thomson yacht racing.

As a philanthropist, Sir Keith has formed and Chaired two sports charities: Sported and International Inspiration. He also founded with Prince Harry the Invictus Games Foundation which he Chairs. In 2015 Sir Keith was asked by The Duke and Duchess of Cambridge to Chair the Royal Foundation.