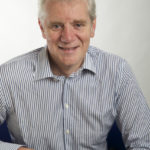 Sir Martin Davidson is Chairman of the Great Britain China Centre, a government sponsored body focussing on legal, political and leadership exchanges with China and Vice Chairman of Leonard Cheshire Disability, the UK’s leading disability charity.
He was Chief Executive of the British Council until December 2014 and has spent much of his career in China and Hong Kong with his commitment to international relationships a constant feature of his work.
Sir Martin is an independent non-executive director of the House of Fraser Group and a board advisor to a number of China and education related businesses. He was Chairman International Inspiration, the sport for development charity which sprang from London 2012, from July 2015 until the merger of IN and UP in November 2016.

He lives with his family in Dorset and is a trustee of the Dorset Community Foundation. Sir Martin was knighted in 2014 for his services to British cultural, scientific and educational interests worldwide.