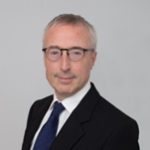 A high profile UK public sector leader with a uniquely wide-ranging career across central Government. He set up the UK Department of International Trade in 2016, was the senior official at the Business Department for six years, and has a wide network of senior contacts in Europe and internationally. Since leaving government in 2017 he has developed a portfolio career.

Martin Donnelly joined the Department for Business, Innovation and Skills as Permanent Secretary in 2010, responsible for over 20,000 staff and a £20 billion budget for business, higher education and research. Prior to this, he was acting Permanent Under Secretary at the Foreign and Commonwealth Office (FCO) from May to August 2010. In 2009 he led the Cabinet Office review which produced the Smarter Government Report and in 2008-09 was on secondment to Ofcom as Senior International Partner.

Donnelly has extensive economic and international experience. He joined the FCO board in 2004 as Director General, Europe and Globalisation, where he was G8 foreign affairs Sherpa. Between 1998 and 2003 he was the Deputy Head of the Cabinet Office European Secretariat, leading work on European economic reform for the Prime Minister. He has also been a member of the personal staff of the European Commission Vice President, and on secondment to the French Finance Ministry. Donnelly was knighted in June 2016.

During his career, Donnelly has worked on economic policy issues across the public sector and with key business stakeholders. He was Policy Director of the Immigration and Nationality Directorate at the Home Office and led the Treasury teams controlling defence spending and managing European monetary issues. He has served as Private Secretary to the Financial Secretary to the Treasury and Secretary of State for Northern Ireland.