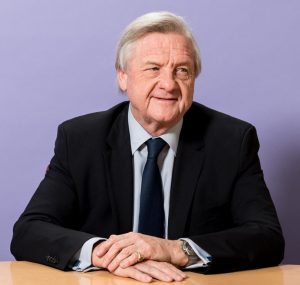 Mike’s business advisory roles include chairman of the International Chamber of Commerce UK, his membership of the Advisory Council for Business for New Europe, and Board of the TransAtlantic Business Council. He is also a Senior Adviser for Chatham House and a member of the Oxford University Centre for Corporate Reputation Global Advisory Board. Mike is a William Pitt Fellow at Pembroke College, Cambridge. Mike is also Vice President of the RNIB.