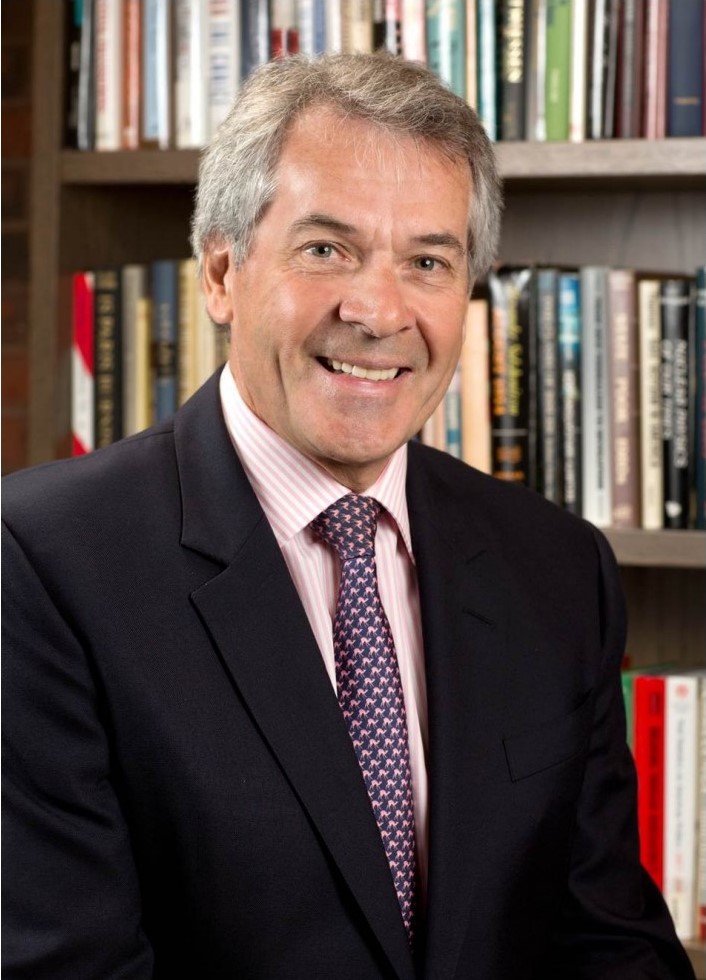 Sir Peter Westmacott. was British Ambassador to the United States from January 2012 un1l January 2016. He then spent a semester at Harvard University’s Kennedy School of Government.

He was British Ambassador to France from 2007-2012 and to Turkey from 2002-2006. His 43-year diplomatic career included four years in Iran before the 1979 revolu1on and a secondment to the European Commission in Brussels. He was the Foreign and Commonwealth Office’s Director Americas from 1997-2000 and Deputy Under Secretary of State for the Wider World from 2000-2001. From 1990-1993, he was Deputy Private Secretary to HRH The Prince of Wales.

He is now a Distinguished Ambassadorial Fellow at the Atlan1c Council, Senior Adviser to Chatham
House, Chair of the International Advisory Board of Tikehau Capital and of Tikehau Capital UK, and a
Non-Executive Director of We.Soda Ltd, Ciner Glass, Volex Plc, and Glasswall Holdings.