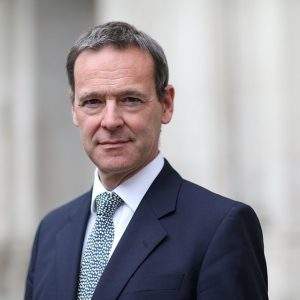 The Permanent Under-Secretary and Head of the Diplomatic Service is the senior foreign policy adviser to the Foreign Secretary, and responsible for the management of the Foreign and Commonwealth Office in London and our Embassies and High Commissions around the world.

Simon McDonald took up his appointment as PUS on 1 September 2015.

Prior to taking over as PUS in 2015, Simon was Ambassador to Berlin for five years. He is a career diplomat with previous appointments including Foreign Policy Adviser to the Prime Minister (Gordon Brown), Head of Foreign and Defence Policy in the Cabinet Office (2007-10) and Principal Private Secretary to the Foreign Secretary (Jack Straw).

Simon entered the FCO in 1982 working on the Benelux desk. He has had previous postings in Jeddah, Bonn, Washington and Riyadh. Simon has specialised in the Middle East, Europe and transatlantic relations. In 2003-06, he was ambassador to Israel and in 2006-07 Director for Iraq.

Simon is married to Olivia, they have four children.