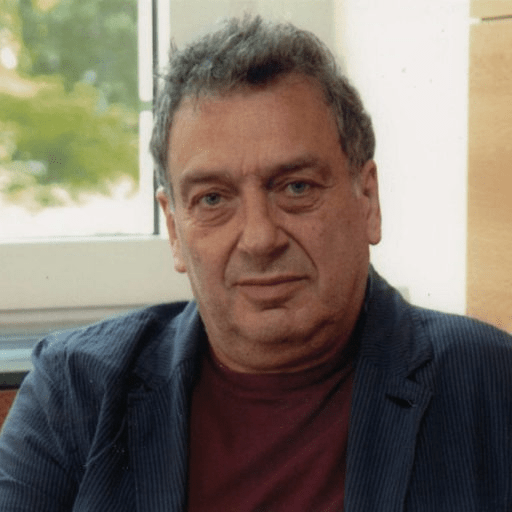 Unanimously regarded as one of Britain’s finest directors, Stephen Frears has always embraced a wide variety of styles, themes and genres. He worked almost exclusively for the small screen in the first 15 years of his career, with programs such as One Fine Day by Alan Bennett and Three Men In A Boat by Tom Stoppard. Stephen’s more recent TV work includes Muhammad Ali’s Greatest Fight for HBO and Channel 4’s The Deal starring Michael Sheen and David Morrissey. In the mid-1980s he turned to the cinema, shooting The Hit (1984), starring Terence Stamp, John Hurt and Tim Roth. The following year he made My Beautiful Laundrette for Channel 4, which crossed over to big-screen audiences and altered the course of his career. After directing its companion piece Sammy And Rosie Get Laid and the Joe Orton biopic Prick Up Your Ears, he began working in Hollywood, with Dangerous Liaisons and the Grifters (for which he was Oscar®-nominated) among his most notable titles.
Returning closer to home, he directed The Snapper and The Van, two Irish films based on Roddy Doyle stories and, after a second spell of making American films (The Hi-Lo Country and High Fidelity), based himself largely in Britain. Frears showed his versatility with two vastly different movies – Dirty Pretty Things, a realistic account of immigrant life in London, and Mrs Henderson Presents, a nostalgic backstage comedy-drama. For his 2006 film The Queen he was again nominated for an Oscar. His subsequent films included Cheri and Tamara Drewe. He followed these with Philomena, starring Judi Dench and Steve Coogan, which won a BAFTA and was nominated for three others, along with three Golden Globe and four Oscar nominations; The Program, which starred Ben Foster as seven time Tour de France winner Lance Armstrong; and Florence Foster Jenkins, starring Meryl Streep and Hugh Grant, which received various accolades including a Golden Globe nomination for Best Picture and an Oscar nomination for Streep. Frears followed this with Victoria & Abdul, which starred Judi Dench, who received a Golden Globe nomination for her performance. Frears’ return to TV was with the acclaimed three-part BBC television series A Very English Scandal, which won Stephen a BAFTA for Best Director. He followed this up with an Emmy win for Nick Hornby’s short form series State Of The Union – starring Rosamund Pike and Chris O’Dowd; and most recently directed QUIZ for ITV – James Graham’s TV adaptation of his play, starring Michael Sheen and Matthew Macfadyen.
In 2021 Stephen has finished THE LOST KING with Harry Lloyd and Sally Hawkins