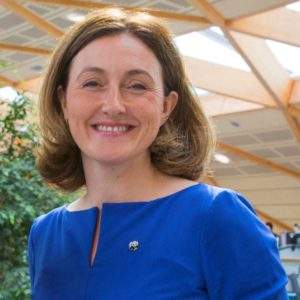 Tanya began her career in the tech industry working in product development, marketing and communications in senior roles for Siemens and BT. After more than 10 years in the private sector, and inspired by a voluntary stint with the Red Cross, Tanya brought her corporate experience to the charity sector joining Save the Children in 2004. Here she drove supporter growth and income as Executive Director of Marketing, Fundraising and Communications, and later led the organisation as interim Chief Executive. During her time at Save the Children, Tanya saw first-hand the impact the environment has on people’s daily lives, particularly in communities which are less resilient to environmental pressures. Fusing her passion for, and experience of human development and the environment, Tanya joined WWF-UK in January 2017 as its first female Chief Executive; its sixth since 1961.