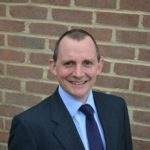 Thomas works as Head of UK Public Policy for Covington Law Firm where he advises a clients on a range of policy issues including financial services, energy and environment, technology and life sciences. The clients’ geographical interests include African and Middle Eastern countries in addition to the UK. The topics include new market entry risk, Brexit-related issues, UK and EU legislation and geopolitical considerations including UN, EU, UK and US sanctions and the energy transition.

Prior to working for Covington, Thomas was the British ambassador to Morocco and Mauritania between June 2016 and August 2020. As Ambassador he was responsible for the evacuation of over 10,000 British nationals from Morocco in under a week when the Covid crisis hit in March 2020. He was also responsible for the bilateral relations between the UK and Morocco as well as the welfare of the more than 720,000 British tourists who visit Morocco each year. Thomas negotiated the UK-Morocco post-Brexit bilateral trade deal , as well as a number of other important Agreements in the education, cultural and security sectors. He used his time as Ambassador to push bilateral relations into cultural and sporting areas as well as seeking to develop better trading links between the two countries.

Before taking up Post as Ambassador, Thomas worked for Shell where he was Special International Government Relations Adviser between 2014 – 2017, having worked as Head of Shell UK’s Government Relations Team for the previous three years. During his time in Shell, Thomas worked on projects in the UK, Netherlands and Russia as well as leading Shell’s low carbon energy transition work.

Prior to joining Shell, Thomas worked in the FCO for 14 years, with postings in Argentina, Jordan, Kuwait and Yemen before serving as Deputy Ambassador to Egypt during the Arab Spring. Thomas studied Arabic at the University of Amman in Jordan and at SOAS.

Prior to joining the FCO, Thomas studied English and French Law at the LSE, gaining an LLB (F) and a diploma in French Legal Studies from the Robert Schuman Institute in Strasbourg. He practiced law in London and Brussels. In addition to Arabic, Thomas also speaks French, Spanish and Russian.

Personal
Thomas is married with two daughters and enjoys sailing, climbing and skiing