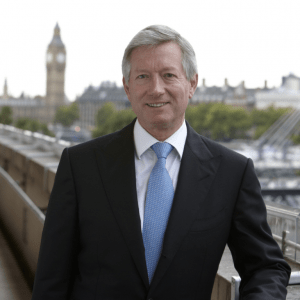 Timothy Walker was appointed Chief Executive and Artistic Director of the London Philharmonic Orchestra in November 2002.

He was formerly the founder and Chief Executive of World Orchestras, a company established to present an International Orchestras Season at the Sydney Opera House and Melbourne Concert Hall, and prior to that General Manager of the Australian Chamber Orchestra between 1989 and 1999. Previous positions included Marketing and Development Manager at the ACO and Concert Manager, then Executive Officer of the Canberra School of Music, Australian National University.

Mr Walker was on the Board of the International Society for the Performing Arts (ISPA) for six years and served as Secretary, Treasurer, member of the Executive Committee, Chair of the Development Committee and Chair of the Organising Committee of the 15th International Congress of ISPA held at the Sydney Opera House in 2001.

He was on the judging panel of the inaugural Australian Business Arts Foundation Awards, has been a judge of the Freedman Classical Musician Fellowships in Australia and a member of the jury of the London International Piano Competition, the Victor de Sabata Conducting in Trieste, the Princess Astrid Music Prize in Trondheim and the Sydney International Piano Competition.

Mr Walker is a former Chairman of the Association of British Orchestras and serves on the Board of the London Philharmonic Orchestra, the Henry Wood Hall, the Rachmaninoff Foundation and London Music Masters. He is a co-recipient with the Australian Chamber Orchestra of the Sidney Myer Performing Arts Award, a recipient of the Nugget Award of the Australian Institute of Arts Management and was made a member in the Order of Australia in 2000 for services to arts administration in Australia. He was made an Honorary Member of the Royal College of Music in 2014.

Mr Walker has an honours degree in Arts, a Diploma of Music and a Diploma of Education from the University of Tasmania and a Diploma of Financial Management from the University of New England. He has been a consultant to The Australian Ballet, the Australian Festival of Chamber Music, the Tasmanian Symphony Orchestra, the Sydney Conservatorium of Music and the Orcquestra Sinfonica do Estado de Sao Paulo. He is a member of the Royal Philharmonic Society and the Athenaeum Club, London and was Visiting Fellow Commoner at Corpus Christi College, Cambridge, October 2012-September 2013.