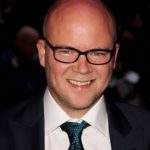 Toby Young is one of Britain’s most controversial broadcasters and journalists. He is an associate editor of the Spectator, where he has written a weekly column since 1998, and the editor of Spectator LIFE. He co-founded the West London Free School, the first free school in England to sign a Funding Agreement with Michael Gove, and his group has subsequently opened two more.

Toby’s career has included co-founding and editing the Modern Review with Julie Burchill, writing for Vanity Fair and working as a regular judge on Top Chef, an Emmy Award-winning food reality show in New York and Las Vegas. His greatest claim to fame is writing How to Lose Friends & Alienate People, a memoir about his failure to take Manhattan which was turned into a film starring Simon Pegg.

Toby is a regular guest on TV and radio programmes including Question Time, the Today programme, Any Questions and the Daily Politics where his areas of expertise include education, the media and contemporary politics. He is a Fulbright Commissioner and a Visiting Fellow of Buckingham University.