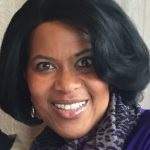 Director – WRES Implementation in NHS England, and deputy president of the RCN

Yvonne commenced nurse training at Central Middlesex Hospital in 1977, qualified as a general nurse in 1980 and then went on to qualify in mental health nursing and health visiting. In 1986 she secured her first NHS management job and has since held a number of operational and strategic leadership posts.

Yvonne is currently the Director – WRES Implementation in NHS England, and is a member of the equality and diversity council at the Institute for Healthcare Improvement (IHI) in the United States where she has helped develop their inclusion strategy, delivered workshops and was co-chair at their national forum in Orlando 2015. She has also been keynote speaker at the National Association of Health Service Executives (NAHSE) annual conference in New Orleans. She continues to work closely with world expert on health and race Professor D. Williams, of Harvard University School of Public Health.

Recently Yvonne has used her knowledge and experience of mental health to act as a commissioner on a report commissioned by the Royal college of Psychiatrists and chaired by Lord Crisp on ‘Adult mental health in patient services’ which fed into the NHS England task force review on mental health services in England.